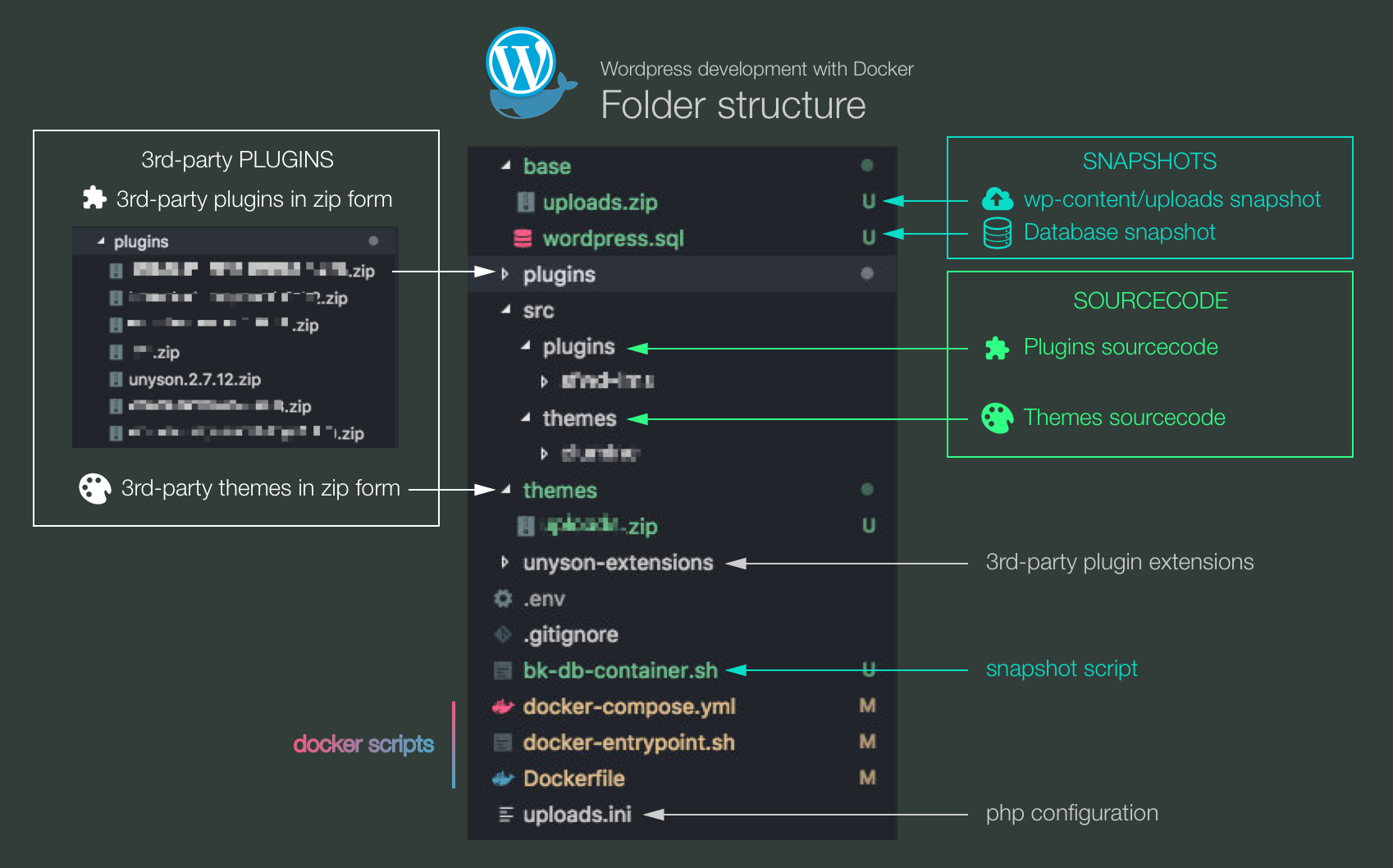 One of my obsessions lately is keeping my operating system as clean as possible. In order to do that, I perfer to install as few as possible anything on it.

Node.js makes that quest so easy as I only need node installed globally and everything else can be installed locally inside project directory. However, for many other languages, such as Python and PHP, it’s often not the case. Furthermore, when each project requires different environemnt setup, it quickly becomes a painful job managing everything and sometime you break the whole system.

Docker to the rescue.

While mostly used for controlling production and teamwork environments, Docker is also very useful for encapsulating development environment and providing a “clean slate” to make sure nothing breaks unintentionally.

When building a docker development system, I often consider the following requirements:

For Wordpress development, I use chriszarate/wordpress since it provides a bunch of useful features via envinronment varaibles including: 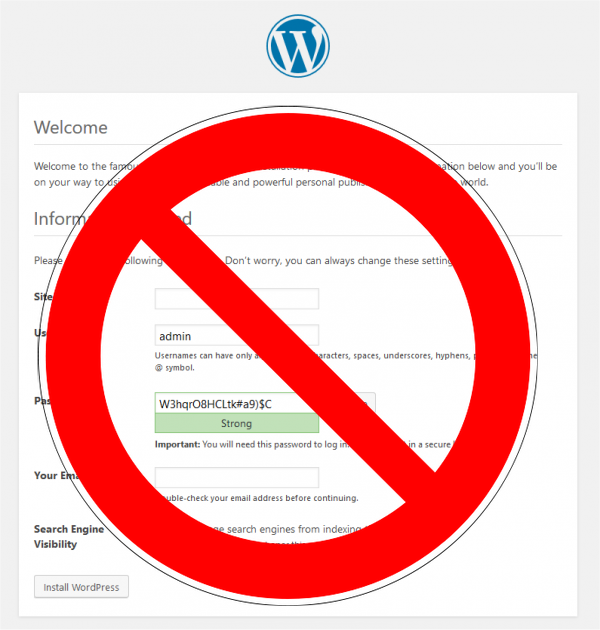 The magic behind this docker image is a set of wp-cli scripts appended into the default entrypoint docker-entrypoint.sh of the official wordpress docker image.

Here is the folder structure of my Wordpress development directory, there are 3 main sections (which are poorly named in the screenshot but explained nicely in the picture below):

With this structure, 3rd-parties and Snapshots will be built into the image, while sourcecodes are mounted to allow changes in development.

For a sample Dockerfile, checkout this gist.

For Dockerfile configuration, I install the following packages:

We copy each 3rd-party directory of zip files to a temporary folder on the image (or download via wget), extract and delete all zip files. The content of these folders will be copied to real target directories at runtime by docker-entrypoint.sh.

The reason we are not copying them directly to the real target folders is that they would be overwritten by commands in official wordpress image’s docker-entrypoint.sh.

|| true is added to make sure that when there are no zip file the script would not fail and terminate image build process.

Similarly we copy snapshot files (if available) to the image. The uploads.zip file should be decompressed like above, while wordpress.sql would later be processed by docker-entrypoint.sh.

We need to replace the default docker-entrypoint.sh with our modified script. We don’t have to specify ENTRYPOINT since it is already declared in the official docker image.

It is also useful to have your own php uploads configuration as uploads.ini in your repository and insert into the image. Obviously you can config other internal system files using the same method: copy a custom file to the absolute path inside the image.

For a sample docker-entrypoint.sh, checkout this gist.

It’s time to modify docker-entrypoint.sh. Starting with a clone of the script from chriszarate/wordpress, we would need to copy all files in /temp/ directory to where they need to be. These lines need to be placed before plugins and themes activation.

One thing to notice here is that, all these files and folders are owned by root user, hence will not be writable by Wordpress. If you need to give Wordpress permission over these directories, you need to insert something like this:

Finally, when everything is done, at the end of docker-entrypoint.sh, we would want to import wordpress.sql file. We place this line at the end of the file, just before exec "$@", to ensure our database would not be overwritten by anything.

For docker-compose configuration, you can find an example at chriszarate’s repository. It’s a combination of 2 services: wordpress for PHP wordpress installation and mysql for database. There are only a few things to change here:

Now we are set. Let’s go and clean off any XAMPP or MAMP stack, or just delete everything and reinstall your operating system, or even better throw your machine away for a brand new computer. Have fun.